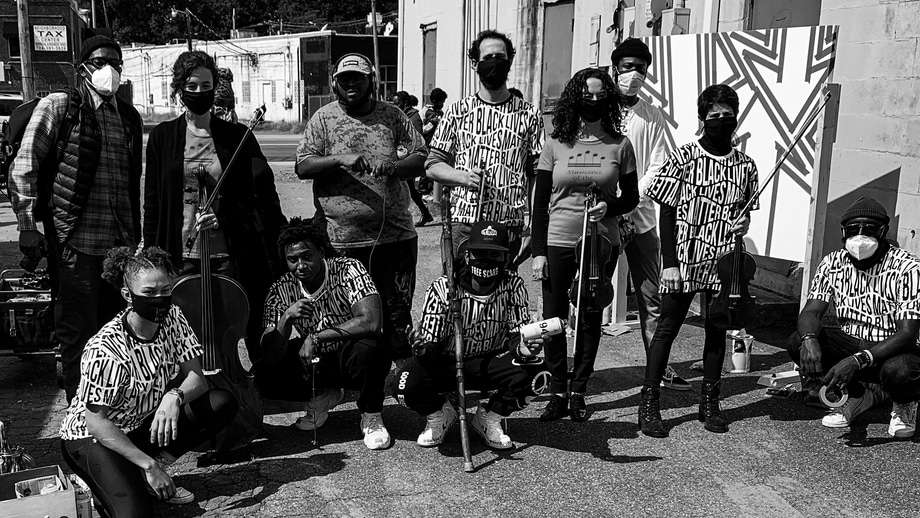 This fall, CSO musicians and the Beatties Ford Strong Project came together to create a video project that was inspired by and features the music of Brooklyn-based violinist and composer Jessica Montgomery, and showcases the Beatties Ford Strong Project, violinist/composer Lady Jess, musicians of the Charlotte Symphony, and Charlotte-based artists.

Below, we hear from CSO violinist Jenny Topilow, educator/artist/social activist Ricky Singh, and Charlotte-based artists on how the collaboration was conceived, their reactions, and what comes next.

"We have been referring to the project as CLTSymphony X Beatties Ford Strong" Ricky says. "The X is intentional, for we feel that a title that is purposefully not combined respects each entity as having its own identity, and also allows for either side of the equation to be replaced or modified as the project evolves to encourage further community engagement." 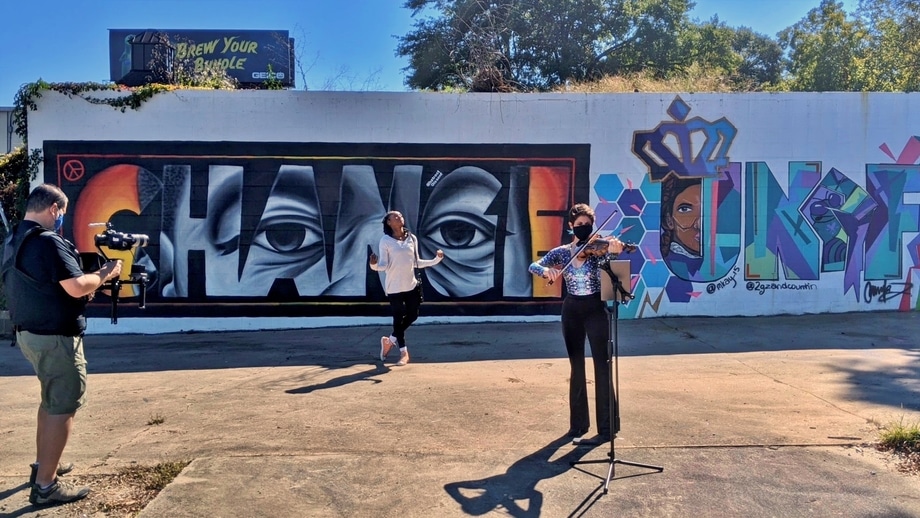 "I've always been enamored with public art," Jenny shares, "murals and such that everyone can enjoy by simply being a member of the community; beautiful pieces by talented artists that become interwoven throughout the landscape and make a place more vibrant and colorful."

In February of this year, a quartet of CSO musicians played Jessie Montgomery's Strum for a CSO Off the Rails concert at Snug Harbor. According to Jenny:


We completely fell in love with the piece. We were slated to play it again, but when the pandemic hit, that performance was of course canceled. So, it occurred to me that it would be a lovely marriage to record 'Strum,' during this new virtual age, in front of public art in Charlotte, specifically works created by people of color.

Excited about the idea, I reached out to a muralist friend of mine, who got me in touch with Ricky Singh. Ricky is an artist, educator, community leader/activist, and one of the founders of the Beatties Ford Strong/Historic West End Project, an initiative to beautify neglected areas of the city through public art paired with community ownership, brought about as a reaction to the June 19, 2020 massacre on Beatties Ford Road, where four people were killed and several others injured.

My introduction to Ricky was the catalyst for the project to really take flight through intentional collaboration. We communicate well and ended up making a good team; we are mutually intent on the vision and are invested in being proactive and bringing the best of what we know to the table. All that being said, there is no way for me to truly express how grateful I am to Ricky. He is a beacon within the Charlotte community, and I feel incredibly fortunate to have formed a partnership with him.

There are so many artistic circles throughout Charlotte that are too often separated by class and race. The purpose of this project is to bring some of those circles together; not for one to overshadow another, not for one to do the other a favor, not for one to mold to the other, but for local creatives to do what they love all within the same space. We are committed to having more multi-faceted performances throughout Charlotte, through the lens of all art being accessible to all people, and with the ultimate objective of limitless circles overlapping to create a more connected city. 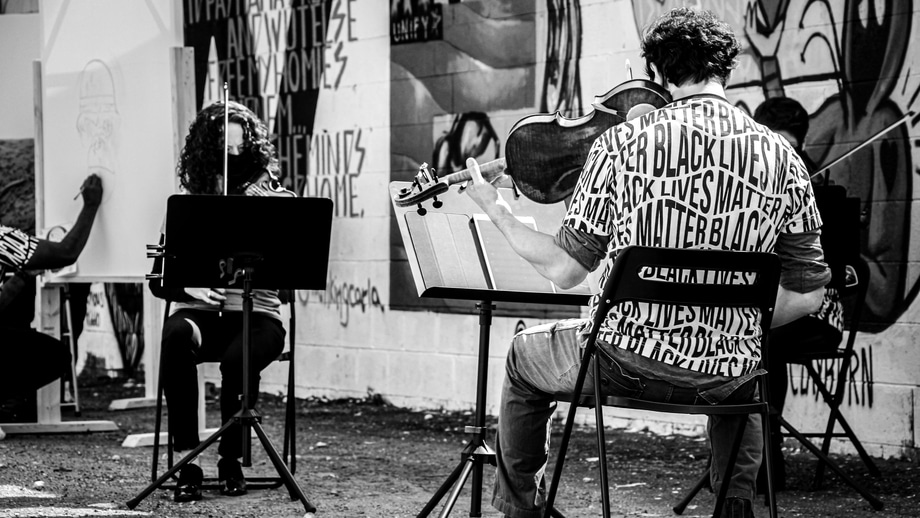 "My experience with the project was nothing like I ever experienced before," Artist Michael Grant shares. "This project captured both classical art and visual arts simultaneously. As an artist this project made me feel valuable and appreciated. It was such an honor to be a part of this moment of history and to collaborate with great artists as well."

Artist Makayla Binter also shares that "[the project] was just so pure and enjoyable because of the connection between artistic forms, and just the positive energy that creating makes. It was a great experience to live paint and also meet some very talented artists in music that I had never met before."

Ricky and Jenny plan to unveil the finished video at an event on a large screen, where they would also auction off the pieces of art created during filming. It is not finalized, but they are hoping to utilize a space like Camp Northend, where people can come to a beautiful outdoor area and celebrate in a Covid-safe way. All proceeds would go to provide local youth programming tied to the arts.