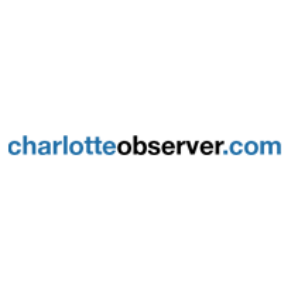 The pieces on the Charlotte Symphony's second Classics concert share something you might not suspect: Each composer wrote because he fell in love with a place.

Aaron Copland shared his vision of rural America, a mythical locale where hard work and faith overcame tribulations, in "Appalachian Spring." Franz Joseph Haydn, who was embraced by London with more warmth than he'd known anywhere, wrote his last 12 symphonies of 104 there; the final one, maybe his greatest, was called "The London."

And Dmitri Shostakovich premiered his Concerto for Piano, Trumpet and String Orchestra in his hometown, which had changed its name from St. Petersburg to Leningrad. He was born and educated in Russia's most cosmopolitan city, premiered his first opera and symphony there and triumphantly debuted this concerto in 1933. (Career-crippling criticism from Josef Stalin was three years away.)

So the pieces have to be presented with affection. The Haydn symphony should convey joy, the Copland austere optimism, the Shostakovich wit that occasionally turns rude. (In one spot, the piano tops a gentle trumpet melody with a discordant squonk. Yes, you are meant to laugh.)

Music director Christopher-Warren Green, his orchestra and his soloists supplied those qualities Thursday at Belk Theater.

The Haydn symphony bubbled with vitality, especially in a final movement that's reportedly meant to convey cries he heard in the street. (One string melody, which chases its own tail eagerly, suggests a hurdy-gurdy.)

"Appalachian Spring" started softly, like dawn stealing up, until the strings blew in like a bracing wind. The orchestra played the suite Copland arranged from the full-length ballet; a dissonant section depicting a preacher's harangue and some variations on the Shaker song "Simple Gifts" are missing. Yet the suite doesn't sugar-coat the message: Life for these pioneers won't be easy.

In the Shostakovich, the three participants seemed like actors in a darkly funny play. The strings played melodies that were lush, uneasy and mysterious. Principal trumpet John Parker's tone was mostly warm-hearted but occasionally cheeky.