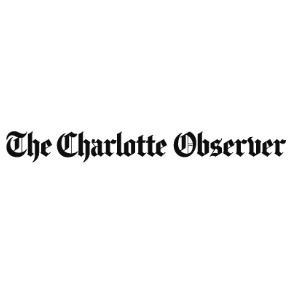 Every arts entrepreneur in a midsized city knows the back-and-forward programming dance: Challenge the audience while reassuring it unfamiliar pieces will go down easily, import gifted soloists who won't break the bank, schedule works that will tempt local performers to stick around because they don't have to repeat the same repertoire.

The Charlotte Symphony Orchestra has done this intricate balancing act for decades. But the 2015-16 season, which music director Christopher Warren-Green was to unveil this weekend, pulls it off as well as any season I can remember.

Every concert has at least one center-of-the-road masterpiece, yet every one also has a piece to excite a veteran concertgoer who has heard the core repertoire too many times. (In the case of Carl Orff's "Carmina Burana," which caps the season by itself, the same work meets both criteria.)

The Oratorio Singers will do another requiem, but Faure's smaller version is a change from the blockbuster Brahms-Verdi group and leaves room for other works, including Butterworth's touching "A Shropshire Lad." We're getting more Beethoven piano, but this time it's his less-played First Concerto.

Rachmaninov's Third Symphony, which I prefer to the more familiar Second, comforts uneasy audiences and allows Warren-Green to program Prokofiev's Second Violin Concerto, which has the most beautiful slow movement of any 20th-century concerto for that instrument. (Calin Lupanu, the CSO's concertmaster, will solo. He's also playing Barber's concerto, which has the second most beautiful slow movement, this March 27-28.)

Warren-Green says audiences still feel uncertain about Prokofiev (sad, if true) and need to know him better, so selections from his ballet "Romeo and Juliet" have been paired with Mozart's Clarinet Concerto. Michael Collins, once principal clarinetist in Warren-Green's London Chamber Orchestra, will use the original scoring for basset clarinet, which plays the low notes Mozart wanted.

Mahler's Fourth Symphony (his most accessible) went over well last season, so his Fifth Symphony stands alone in the next. That's the most monumental work on the list, a complete meal in one course and a chance for musicians to dig into a huge piece and shine section by section. (Trumpet and horn solos stand out.)

Warren-Green enjoys themed programs, even if they're not always apparent. Vaughan Williams studied with Bruch and Ravel, so their work precedes his buoyant Symphony No. 2, which provides an aural picture of London a century ago.

He made a Shakespeare sandwich around the Mozart concerto, placing it between "Romeo" and a tuneful suite Lars-Erik Larsson wrote for "A Winter's Tale." An American program offers Copland's "Our Town" and "Rodeo" plus Gershwin's "Rhapsody in Blue" and Second Rhapsody for piano, a work new to the CSO.

Yet other instrumentalists violinist Angelo Xiang Yu, pianist Behzod Abduraimov and cellist Cicely Parnas, who'll play Saint-Saens for guest conductor (and former cellist) Han-Na Chang are not only new but under 30.

Warren-Green combs through his European connections to catch them on the rise. And once in a while, he just gets lucky.

"I heard Angelo Xiang Yu on WDAV and had no idea who he was," he recalls. "I pulled over, stopped the car, called my assistant and said, 'Whoever is playing, engage him immediately.' "